Almost a year and a half! 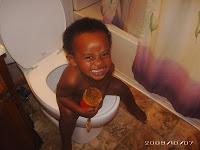 Amanu refused to let going to the bathroom interfere with his peanut butter! EWWWW!!! 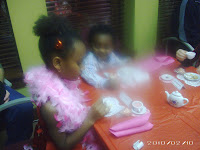 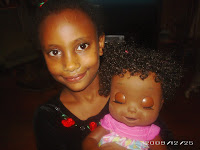 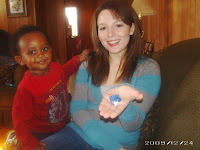 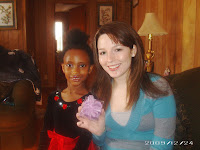 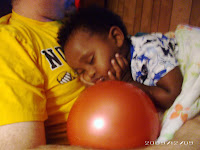 Amanu LOVES playing with any kind of ball. He wore himself out! 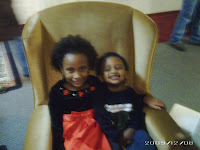 Bethi's Christmas program. Amanu wanted to cheese it up!


The kiddos have been home with us for almost a year and a half! Hard to believe. They are doing so well. Problems we have with them are minor. Such as, Amanu was peeing in my shoes for awhile...he's over that now! He liked his juice sippy cups at night and never slept well. The juice is now gone and he is sleeping much better!!
Bethi likes to argue with her daddy a little too much. She thinks she's the boss of him sometimes. ; )
She loves school and has lots of friends. She really worried me at first because she was clingy with her teacher.She is reading mostly by herself now and enjoys it.
Amanu is so amazingly bright, the things he says amazes us daily! He has such a good memory.
WISH I DID!

I LOVED this post. I know you're likely busy, but the kids loved seeing their pictures. I'm so happy that you're doing well. :)

So glad to see a blog update!!! The kids look darling and it sounds like they are doing great! Love the peanut butter on the potty, so funny!

Great update!! The kiddos are beautiful!!!

Oh my goodness, Lisa!!! Your kiddos are GORGEOUS!!!!! And the peanut butter on the potty...priceless!

you've got a couple of cuties there. Just wanted you to know that your comment on our "officially mommy and daddy" post showed up 3 times for some reason. i tried to delete 1 of them and it ended up deleting all 3 of them LOL. I didn't know if blogspot sent out a notification to the posters about their comment being deleted or not so just in case it did I wanted you to know that this is why. Not because we don't like you or anything LOL :) Nice to see some new pics on your blog. Keep us updated!

So nice to get an update, and I'm glad the kids are doing well. They look beautiful. :-)

Wow - they have sure grown A LOT!!! They look wonderful. Thanks for the update.