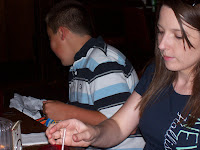 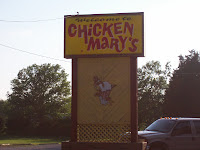 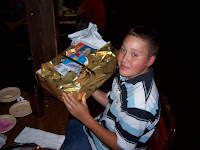 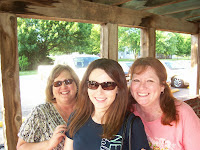 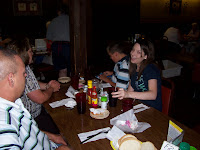 Thursday was my nephew Chance's 12th birthday!!We celebrated it at Chicken Mary's!Pittsburg,KS is known for it's famous fried chicken restaurants.Anyway... hard to
believe that Chance started out so small. 3 pounds and looked like a little wet rat!!!(sorry Chance!)He is the sweetest, onery, kid ever.I love him to pieces!He knew Shawn before Shawn and I got married, since his mom and Shawn worked together.When Shawn and i got married, you never saw a kid so happy,to have someone become his uncle!!Maybe it's because they are both basketball fanatics?? 4 years ago when Shawn and i started dating, and Chance was 8, he would ask his mom if Shawn could come spend the night!! It was hilarious!!Shawn loves to play all the kid videos and games,so i guess he was alot of fun!!
(I think he's alot of fun too!) ;)
This week there have been no referrals! We are still waiting for our referral of siblings.Our request, for those that don't know,or don't remember....is 0 to 12 months, and 0 to 4 years. With at least one being a girl.Shawn wants a daddy's little girl!It is so far, a 25 week wait for us.I'm more than ready,and with the Ethiopian court closing looming overhead, I would REALLY love to have our referral soon!!(wouldn't we all!)I can't believe that Annie leaves for Ethiopia Monday, to meet her precious Maya!! I am so happy for her!
In other family news...My son graduated from med school,and my daughter is officially a "second year" med student.
This will be the only summer,for the next forever, that my daughter will have off.She was taking advantage of it by visiting family and friends back here at home this week.I'm sad that she went back to KC today.(I Love you Braden!)At least she's not too far away!
I am SO looking forward to the Kansas City CHI picnic next weekend!!The Forsberg family might make the trip!!! I am so excited to meet them all!Ryelynn is their daughter from Ethiopia. She is a cutie!!
Was i a little type happy today?? Hopefully next time we will have some referral news!!!
Posted by LISA at 4:09 PM 15 comments:

FORKS, I LOVE THIS!

There was a young woman who had been diagnosed with a terminal illness and had been given three months to live. So as she was getting her things 'in order,' she contacted her Pastor and had him come to her house to discuss certain aspects of her final wishes.

She told him which songs she wanted sung at the service, what scriptures she would like read, and what outfit she wanted to be buried in.

Everything was in order and the Pastor was preparing to leave when the young woman suddenly remembered something very important to her.

'What's that?' came the Pastor's reply.

'This is very important,' the young woman continued. 'I want to be buried with a fork in my right hand.'

The Pastor stood looking at the young woman, not knowing quite what to say.

That surprises you, doesn't it?' the young woman asked.

'Well, to be honest, I'm puzzled by the request,' said the Pastor.

The young woman explained. 'My grandmother once told me this story, and from that time on I have always tried to pass along its message to those I love and those who are in need of encouragement. In all my years of attending socials and dinners, I always remember that when the dishes of the main course were being cleared, someone would inevitably lean over and say, 'Keep your fork.' It was my favorite part because I knew that something better was coming...like velvety chocolate cake or deep-dish apple pie. Something wonderful, and with substance!'

So, I just want people to see me there in that casket with a fork in my hand and I want them to wonder 'What' s with the fork?' Then I want you to tell them: 'Keep your fork the best is yet to come'

The Pastor's eyes filled up with tears of joy as he hugged the young woman good-bye. He knew this would be one of the last times he would see her before her death. But he also knew that the young woman had a better grasp of heaven than he did. She had a better grasp of what heaven would be like than many people twice her age, with twice as much experience and knowledge. She KNEW that something better was coming.

At the funeral people were walking by the young woman's casket and they saw the cloak she was wearing and the fork placed in her right hand. Over and over, the Pastor heard the question, 'What's with the fork?' And over and over he smiled.

He was right. So the next time you reach down for your fork let it remind you, ever so gently, that the best is yet to come. Friends are a very rare jewel, indeed. They make you smile and encourage you to succeed. They lend an ear, they share a word of praise, and they always want to open their hearts to us.

Show your friends how much you care. Remember to always be there for them, even when you need them more. For you never know when it may be their time to 'Keep your fork.'
Posted by LISA at 8:43 AM 7 comments: 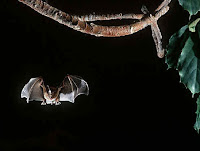 I'm going batty waiting for our referral!!! Amanda asked...and to be honest this is driving me batty!
Since I haven't anything else to blog about.....

1) Nearly 1,000 kinds of bats account for almost a quarter of all
mammal species and most are highly beneficial.
2) A single little brown bat can catch 600 mosquitoes in just one
hour.
3) A colony of 150 big brown bats can protect local farmers from
up to 18 million or more rootworms each summer.
4) The 20 million Mexican free-tails from Bracken Cave, Texas,
eat 250 tons of insects nightly.
5) Tropical bats are key elements in rain forest ecosystems, which
rely on them to pollinate flowers and disperse seeds for count-
less trees and shrubs.
6) In the wild, important agricultural plants, from bananas, bread-
fruit and mangoes to cashew, dates and figs rely on bats for polli-
nation and seed dispersal.
7) Tequila is produced from agave plants whose seed production
drops to 1/3,000th of normal without bat pollinators.
8) Desert ecosystems rely on nectar-feeding bats as primary polli-
nators of giant cacti, including the famous organ pipe and saguaro
of Arizona.
9) Bat droppings in caves support whole ecosystems of unique
organisms, including bacteria useful in detoxifying wastes, im-
proving detergents, and producing gasohol and antibiotics.
10) An anticoagulant from vampire bat saliva may soon be used to
treat human heart patients.
11) Contrary to popular misconceptions, bats are not blind, do not
become entangled in human hair, and seldom transmit disease to
other animals or humans.
12) All mammals can contract rabies; however, even the less than
half of 1% of bats that do, normally bite only in self-defense and
pose little threat to people who do not handle them.
13) Bats are exceptionally vulnerable to extinction, in part because
they are the slowest reproducing mammals on earth for their size.
Most produce only one young a year.
14) Nearly 40% of American bat species are in severe decline or al-
ready listed as endangered. Losses are occurring at alarming rates
worldwide.

1) The world's smallest mammal is the bumblebee bat of Thailand
which weighs less than a penny.
2) Giant flying foxes that live in Indonesia have wingspans of nearly
six feet.
3) The common little brown bat of North America is the world's
longest-lived mammal for its size with life spans exceeding 32
years.
4) Mexican free-tailed bats sometimes fly up to two miles high to
feed or to catch tailwinds that carry them over long distances at
speeds of more than 60 miles per hour.
5) The pallid bat of western North America is immune to the stings
of scorpions and even the seven-inch centipedes upon which it
feeds.
6) Fishing bats have echolocation so sophisticated that they can
detect a minnow's fin as fine as a human hair protruding only two
millimeters above a pond's surface.
7) African heart-nosed bats can hear the footsteps of a beetle
walking on sand from a distance of more than six feet.
8) Red bats, which live in tree foliage throughout most of North
America, can withstand body temperatures as low as 23 degrees
during winter hibernation.
9) Tiny woolly bats of West Africa live in the large webs of colonial
spiders.
10) The Honduran white bat is snow white with a yellow nose and ears.
It cuts large leaves to make "tents" that protect its small colonies
from jungle rains.
11) Frog eating bats identify edible from poisonous frogs by listening
to the mating calls of male frogs. Frogs counter by hiding and
using short, difficult-to-locate calls.
12) Vampire bats adopt orphans and have been known to risk their
lives to share food with less fortunate roost-mates.
13) Male epauleted bats have pouches in their shoulders that contain
large, showy patches of white fur, which they flash during courtship
to attract mates.
14) Mother Mexican free-tailed bats find and nurse their own young,
even in huge colonies where many millions of babies cluster at up
to 500 per square foot.
You can all blame Amanda for this post!! hee hee
Fran and Losiloni.... These are for you!! ;) 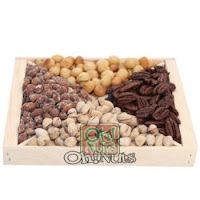 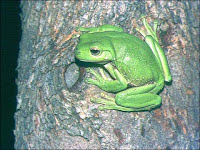 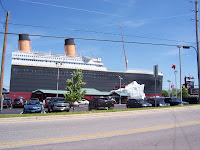 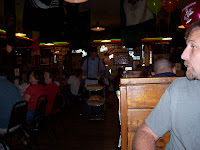 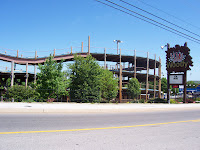 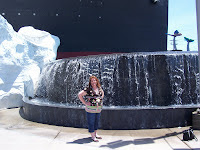 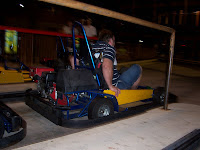 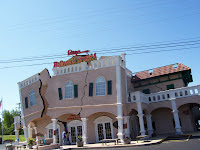 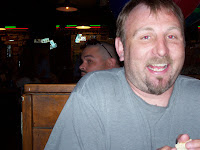 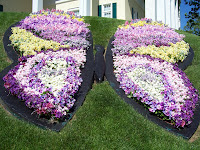 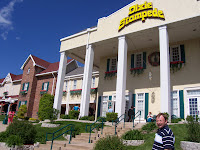 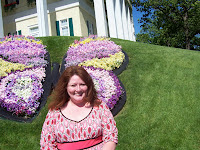 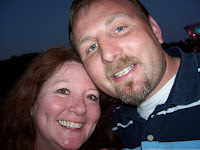 Shawn and I went on a mini vacation. I definetly needed it!!!! Shawn told me i definetly needed it!So, who am i to not go!!?
We went to the Ozarks, Branson,Missouri!!! I drove 'cause I love to drive! FAST! On hills!!! I scare Shawn!! I scared myself once on the way home!! That's bad!!
We went to Dixie Stampede. It was the best food and entertainment!! When I made reservations,the lady taking my order told me i was "EASY" because if she offered it, I said yes.(better,more expensive seats,boot mug,etc.)I explained to her it was because we've waiting so long for our referral,i needed a get away. She explained that Dixie Stampede would be a good place for us to go because I could scream,holler and vent all i needed, and no one would think anything of it!She was right! The pre show had a juggler on the stage right in front of us. It was fun,and we happened to be the couple that he picked on throughout his act.He let us know we were his favorite couple.
Later we went to the go-carts!!!!! OK, you already know,I LIKE SPEED!!! We met two couples in line that we started chatting with right away. One of the husbands was saying how he too liked speed and doesn't take his foot off the pedal.We both laughed all the way to the waiting go-carts! It was great! I t-boned him, but it was his fault! I laughed so hard the whole time! It was great!

Did lots of shopping!Cool downtown area now, if you've ever been to Branson.
Went to Titanic Museum. Was not especially thrilled with it. $44 for the two of us, and it's not even a guided museum.Not so great.
On the way home we stopped at LAMBERT'S home of the throwed rolls!It's in Springfield,Missouri.It was fun! Not only is it fun to have the rolls thrown at you,
they are really good too!!
So...We are back,ready for another work week. All relaxed......
The pics are random fun we had. :)
Posted by LISA at 5:38 PM 9 comments:

My song from hubby! 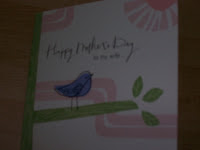 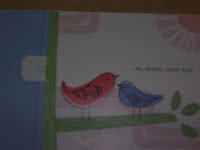 Today is week 22
Referral guesses are coming in.
May 13th is in the lead.....not just by a nose!! Four people have guessed May 13th!

Erica has suggested that we vote on a referral date! So, let's see who can guess the exact date!! Let's go for a time too!! Might as well, since I jump everytime the phone rings!
Posted by LISA at 7:42 AM 34 comments: